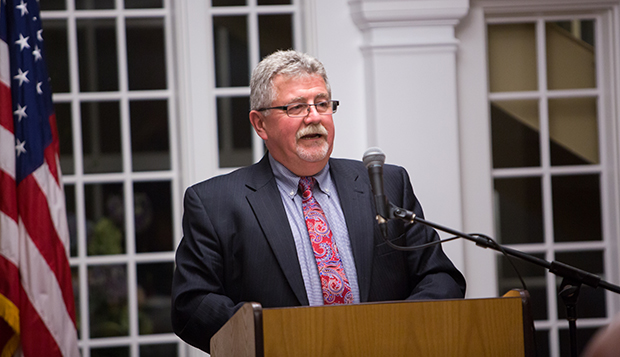 "We're going to start a search for a new women's coach and coaching staff immediately and hope to have one in place shortly," Liberty Club Sports Athletic Director Kirk Handy said.

Bloomfield coached Handy when he took over the Flames' ACHA Division II men's team in 1999 and continued in that role through the 2000-01 season. He returned to coaching in 2006 when he was the founding head coach of the Lady Flames' program the year after the LaHaye Ice Center opened.

In 11 seasons at the helm of the program, Bloomfield compiled an overall record of 234-89-20, reaching the ACHA DI National Championships nine times and the Final Four in each of the last five seasons.

This past season was an auspicious one for a Liberty team that featured 13 freshmen on a 21-player roster. The Lady Flames overcame a 2-5-4 start to win 15 games in a row and 19 of 20 heading into an ACHA DI National Championship rematch with Miami, which captured its third title in four seasons with a 4-1 victory at the Ice Haus in Columbus, Ohio.

Liberty had swept the RedHawks at the LaHaye Ice Center on Jan. 19-20 to overtake the No. 1 ranking, which it held until the final poll.

"I love Liberty and all that it stands for and it is an honor to be a small part of this great school," Bloomfield said. 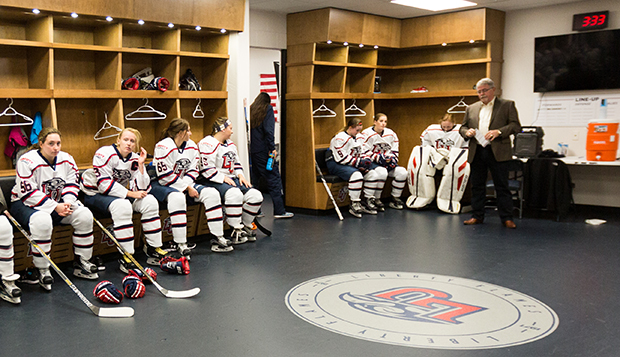 Bloomfield addresses his team in the locker room before their game against the Washington Pride
on Oct. 1, 2016, at the LaHaye Ice Center. (Photo by Kaitlyn Becker Johnson)