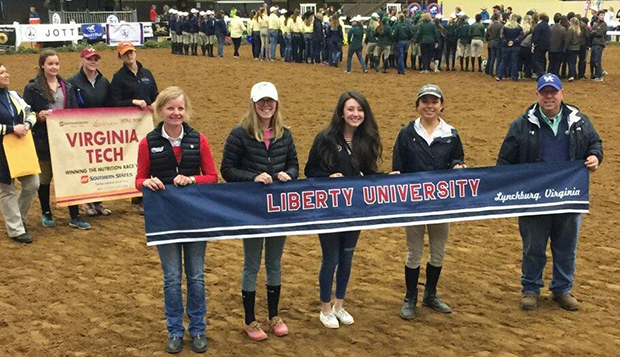 Chenelle ranked 18th after Friday's first round to make the 24-rider cut to the second round, where she finished with the seventh-highest score from the judges, moving her up to 10th overall. Only the top five riders advanced to Saturday's finals.

"She rode the best that she could and we were very happy, really pleased with her ride," Liberty Head Coach Jim Arrigon said. "She rode the Skidmore College horse, Andy, in the second phase, which was better."

Uccello, one of three horses Liberty brought to the show, wore the university's logo in the Cacchione Cup class, carrying the University of Delaware's rider to a fifth-place overall finish and a Cornell University rider to a top-10 showing.