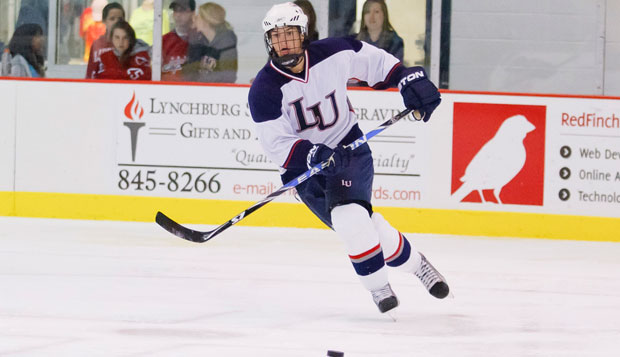 The Flames Division II men's hockey team picked up a win on the road Saturday, defeating the University of Maryland, Baltimore County 5-2.

Brent Boschman put Liberty University on the board first in the second period, and Brad Docksteader stretched the lead to two before UMBC would score. Boschman put another one in to give Liberty a 3-1 lead heading into the final period.

The Retrievers cut the Flames' lead back to one in the last period. Liberty made sure to put it away as DJ Dinnison gave the Flames a cushion goal and Neal Henderson rounded out the scoring.

Liberty's next matchup will be at home Friday against Maryland University starting at 7 p.m.