Liberty triathletes tune up for nationals at Smithfield Sprint 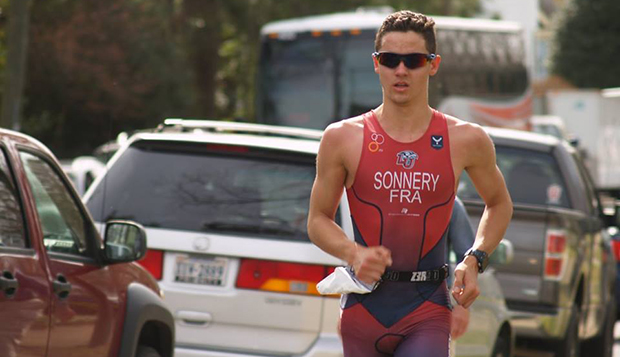 "It was a really, really good confidence booster for a lot of our guys," Flames Head Coach Parker Spencer said. "We had six guys in the top 10 overall (among college athletes) and no one even came close to us, competing against complete teams from VCU, Virginia, JMU, and Delaware. UVA had its best athletes there. They actually beat us in the conference race last year, but we just destroyed them, so it was really good to see all of our hard work pay off."

"Thomas is definitely looking extremely strong and could contend for the national championship," Spencer said. "The guy who came out of the water first at nationals last year (UVA's Matt Van De Graaf) was also in this race and Thomas beat him by two seconds in the swim split."

"The team is really shaping up to be competitive," Spencer said, noting none of the top four finishers have been to nationals. "I think we're going to surprise a lot of people in Alabama and our guys are hungry for it. I would say there's no other environment like it, with 1,500 college students all racing for the same goal. That's on the forefront of their mind and they're pushing toward it in every practice."

Spencer is fairly confident Megan Merryman, who broke her collarbone on a cycling wreck at the Clermont (Fla.) Draft-Legal Challenge, will be ready to return at nationals.

"She's healing remarkably fast," he said. "She's already running and cycling and should be back swimming again soon. This is her senior year, and her last national championship race, so we're going to do everything we can to have her ready for it."

Several of Liberty's triathletes will travel with the cycling team over the next two weekends to focus on that phase of their training — at races hosted by Maryland on Saturday and Johns Hopkins on Sunday in Baltimore and Appalachian State (N.C.) on April 8-9.

The cycling team is currently in sixth place with 295 points in the ACCC standings — behind Appalachian State (498), Navy (475), Virginia Tech (338), Maryland (302), and Duke (302) — but could move up into the top four with strong showings over the next two weekends before junior Jake King and sophomore Gabe Morgan travel with Spencer to Colorado for the USA Cycling Collegiate National Championships. 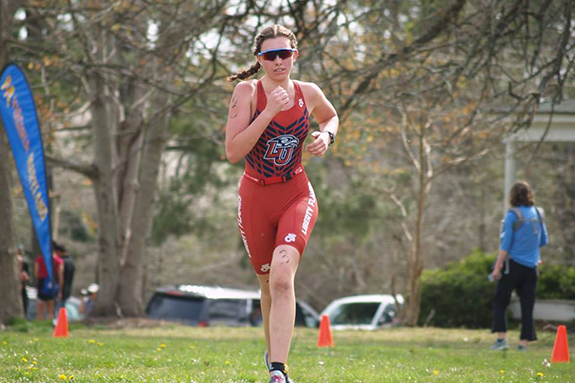