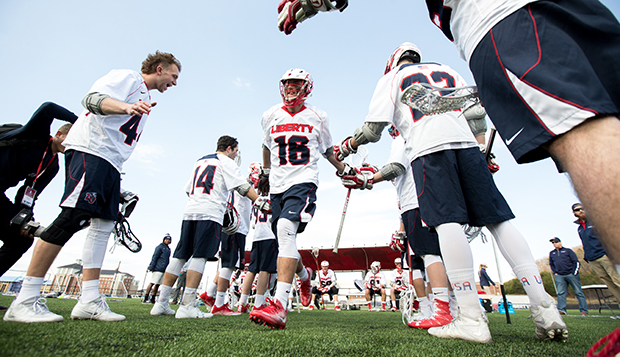 The Flames (4-4), who dropped one spot to No. 25 in this week's MCLA Coaches Poll, are coming off competitive losses at No. 5 Colorado (20-16) and No. 10 Colorado State (14-13) last Friday and Saturday night, when their comeback bids were repelled late.

Liberty last played Florida State to a 17-16 shootout loss in the final game of its Spring Break road trip to Florida. The Flames will also host No. 17 Connecticut before hosting Davenport next Friday in its fourth-annual "Midnight Mayhem" game. That is Liberty's final home game before it travels to Blacksburg for the April 15 regular-season-ending showdown at No. 16 Virginia Tech that will determine the SouthEastern Lacrosse Conference (SELC) Northwest Region champion and top seed going into the April 21-23 SELC Championships near Atlanta.