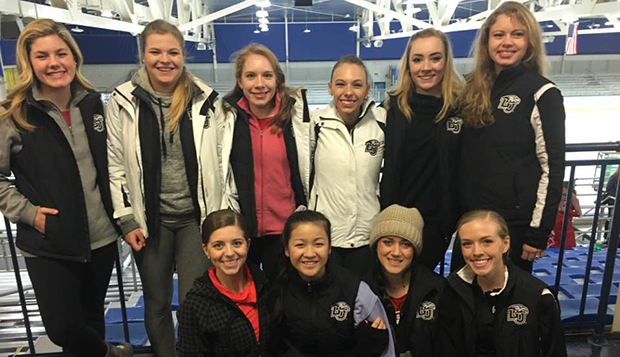 Despite taking only 10 skaters to this past weekend's third and final U.S. Figure Skating Eastern Sectional Intercollegiate Competition, due to conflicts over spring break, Liberty University's figure skating team finished fifth out of 21 teams, and wound up in fourth place in the overall season standings.

Host Delaware won the weekend event, held at its Fred Rust Arena, with 138 points, followed by Boston (133 points), Dartmouth (94), Sacred Heart (43), and Liberty (39). The Lady Flames, who placed sixth in the season's first event at MIT and fourth at this month's second competition, which they hosted at the LaHaye Ice Center, matched their fifth-place finish from last season's final meet, hosted by SUNY Geneseo.

Liberty was led by sophomore Cami Burkhardt, who scored 11 points with her first-place finish out of six contestants in the Senior free skate and second-place showing out of 12 skaters in the short program as well as a fourth-place performance out of seven competitors in Junior solo dance.

"They did an outstanding job, and are definitely getting stronger as skaters, both physically and mentally," Harter said.

On Friday afternoon, the team had an opportunity to grow spiritually, serving at and sharing testimonies with at-risk youth ages 6-10 through Urban Promise, an after-school ministry based in downtown Wilmington, Del., led by former Flames football player Josh Gregor ('09). 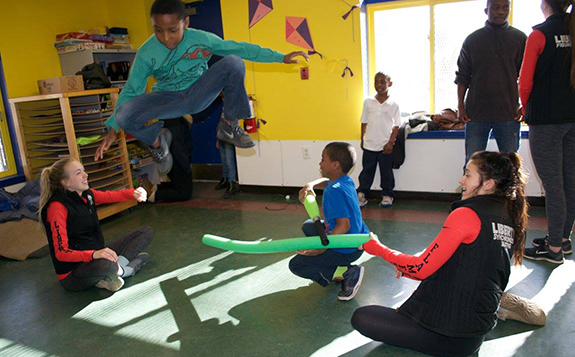