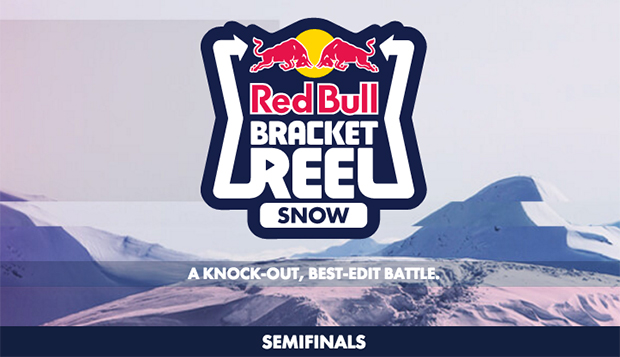 Members of Liberty University's ski & snowboard team participating in the Red Bull Reel Snow bracket challenge are pitted against the University of Denver (DU Freeride) in the semifinal round of the video competition, a "knock-down edit battle" between schools from across the United States.

The latest video entries, filmed to the theme of "Art Class," were revealed on Monday, a day before the Flames' seven skiers and six snowboarders open competition in the United States Ski & Snowboard Association (USCSA) National Championships at Mt. Bachelor in Bend, Ore. While they are there, the Flames will also shoot footage for a potential championship video bracket showdown next week.

Liberty's seven videographers, directed by Head Coach Ryan Leeds, incorporated air, water, and paint-filled balloons and a smoke machine into their Final Four submission. They used the plastic surface at Liberty Mountain Snowflex Centre as their canvas and LMSC's jump and rail features as props. Denver's entry features a woman painting a scenic mountain from a distance that the team goes riding on.

The other semifinal bracket battle is between San Diego State University and the Bozeman Sewer Mutants from Montana State University, which also utilize back country slopes and big mountain tricks.

Online voting started at 1 p.m. and will run through Friday at 1 a.m. Viewers can vote daily for the Liberty video. The winners will advance to next week's final round with the champions winning prizes from Red Bull including a ski/snowboard trip for all team members.