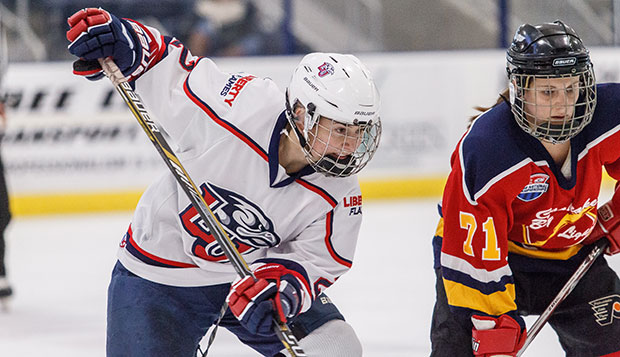 "This weekend is really a battle of two titans," McGibbon said, noting that it could be a preview of this year's national title game. "One of these two teams, in all likelihood, could win the national title again this year, so you're going to see some quality hockey this weekend."

The matchups, which will be webcast live by LFSN through the Big South Network, pit the winners of the past three ACHA DI National Championships, with the defending champion RedHawks also winning the 2014 title before the Lady Flames defeated them in the 2015 championship game for their first crown.