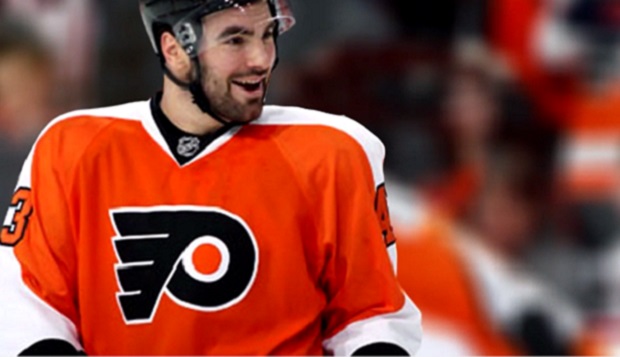 The feature focuses on Bourdon's testimony of how he came to know Jesus Christ as his Lord and Savior during the early stage of his professional career, when Flyers team chaplain Dan Edwards discipled him in his newfound faith and spiritual walk.

His playing career was cut short by multiple concussions, but God opened a door for him to continue in the sport as a mentor to young players through Hockey Ministries International. That's where he was introduced to Liberty Head Coach Kirk Handy, who offered him an opportunity to join the Flames' coaching staff.

"God's got a plan for me and I will follow it," Bourdon said. "I love Liberty. I love every guy on the team. It's like ministering, being with these guys … every single day of the year. Through loving them and trying to shine your light, some hearts are going to be touched."