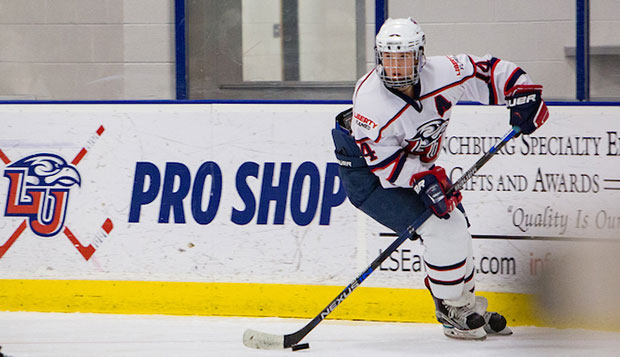 Liberty graduate forward Catharine Burrell scored the game-winning goal in overtime at Adrian in the first of two wins against the top-ranked team in the nation.

Together they address the Lady Flames' recent rise back to the No. 1 spot in the national rankings after sweeping top-ranked Adrian on Nov. 19-20 in Michigan. They also preview Liberty's faceoffs with the No. 7 Lynx, set for Friday at 6 p.m. and Saturday at 7 p.m. in the LaHaye Ice Center.

The Lady Flames (9-6-1), who captured their first ACHA DI national championship in 2014, will close out their fall schedule with a series against Chesapeake Bay (Md.) Lightning on Dec. 10-11 at home. They will look to post their first non-ACHA wins of the season after opening the year with three losses to the Hamilton Hawks and Washington Pride.