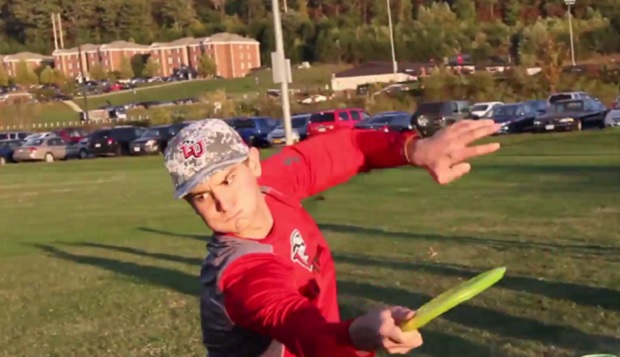 Liberty sophomore Hunter Thomas, one of the Flames' top returning players, prepares to unleash a drive during practice.

Starting Saturday at 9 a.m., the Flames will tee off against teams from North Carolina, NC State, and Elizabethtown, at the 20-hole course located next to the Hydaway Outdoor Recreation Center. Play will continue Sunday on Liberty's 20-hole East Campus course.

With a solid core of returning players and several promising newcomers, both Liberty and NC State have already earned automatic bids to nationals, based on their seventh- and third-place finishes last spring, so it may come down to UNC and Elizabethtown vying for the two qualifying berths.