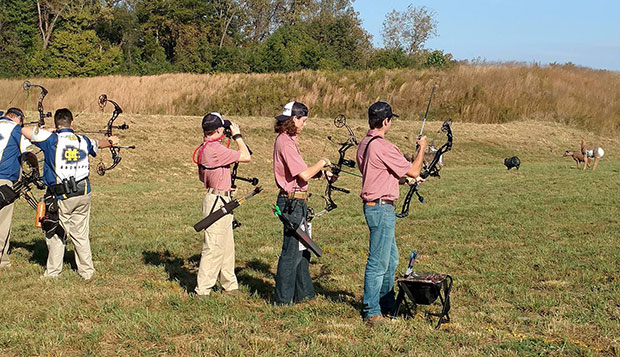 Liberty archers line up during a section of Sunday's USCA 3D national championships.

Though they didn't reach the podium, the Flames' and Lady Flames' three-archer bowhunting teams both placed seventh. The men's trio was led by juniors Jason Lynch, who took ninth individually, and Spencer Foster (11th), while the women's squad was spearheaded by Laura Ruch (19th).

Evan Blanthorn earned a silver medal in men's basic bow out of a four-archer field that included three competitors from Navajo Technical University. In the women's recurve division, sophomore Meredith Dissinger placed third out of eight archers to take the bronze medal and help Liberty to a second-place team finish. She was complemented by Katherine Agnew, who placed seventh.

"Meredith's first round did not go well, but she did shoot the highest round of the entire competition on her second round," Reno said.

Most of Liberty's archers who made the trip were newcomers to national-level tournaments.

"We brought our largest team ever as well as our youngest," Reno said of a travel squad that included five freshmen and three sophomores. "Out of the 13 that we brought, 10 of them have never shot this event before. This was a great learning experience for them and we look forward to improving next year." 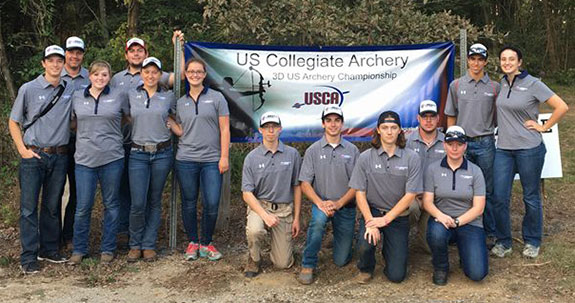