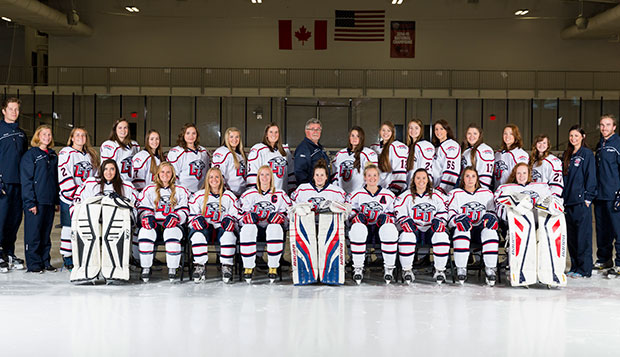 After more than a month off since its season-opening exhibition game against the Hamilton (Ontario) Hawks, Liberty University's ACHA Division I women's hockey team gets a second start with a weekend series against the Washington Pride, a select 19-under squad from Maryland, Saturday at 6 p.m. and Sunday at 11 a.m. in the LaHaye Ice Center.

The Lady Flames, ranked second behind defending ACHA DI national champion Miami of Ohio in the preseason poll, are shooting for their second national title in three seasons, as the RedHawks accomplished last season. Liberty only graduated three players and added 12 freshmen, bringing its roster up to 22. The Lady Flames feature plenty of offensive firepower, especially from the line of graduate forwards Jickling and Burrell and junior forward Courtney Gilmour.

They also boast two of the ACHA's top goalies — junior Rosie Kelly and sophomore Kelly Hutton — who ranked fourth and fifth in the nation, respectively, with goals-against-averages of 1.50 and 1.53.