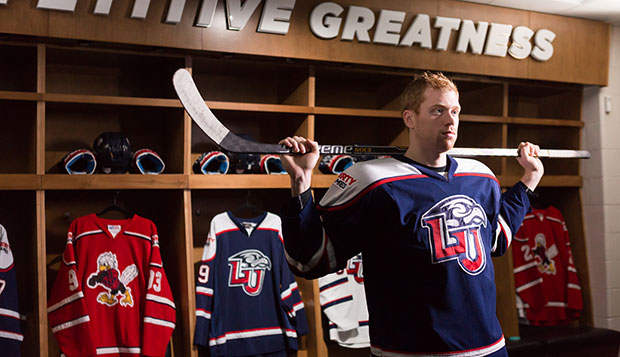 Tryouts for Liberty University's three ACHA men's hockey teams started Sunday night at the LaHaye Ice Center and rosters for the Division I, II, and III squads will be finalized by Friday. Meanwhile, the Lady Flames' women's combined ACHA Division I and II tryouts opened on Monday and will conclude tonight. Liberty is still the only ACHA hockey program in the country with teams in all five divisions.

"It's been a great tryout," Handy said. "We had almost 90 players try out, so it's been great. All three teams are going to benefit from the talent we've seen out here. It's the time of year where you're really looking forward to seeing the depth that all three teams have."

He said the influx of talent from a strong freshman recruiting class has solidified the foundation of the program for the foreseeable future and he is excited to see how the Flames' DI team competes in its first season affiliated with the Eastern States Collegiate Hockey League (ESCHL).

"Our goal is simply to go out and be able to compete every night that we're out there and to be a consistent team that competes game-in and game-out and I believe that we have the team and the lineup to do that this year," Handy said.

Liberty's DI men open their season Sept. 16 with a game against the Richmond Generals Junior "A" team starting at 7 p.m. in the LaHaye Ice Center.