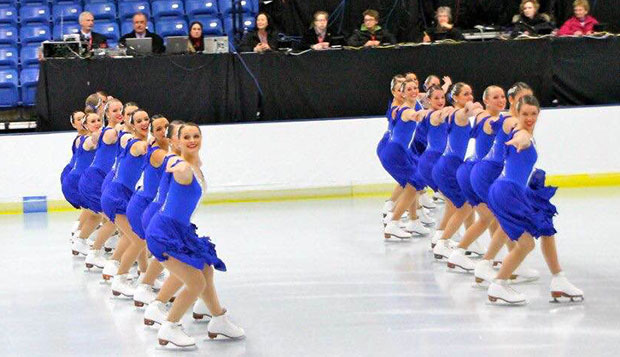 Halvorson, whose sister, Rachel, also graduated in 2015 after competing on Liberty's synchronized skating team, did not skate for the Lady Flames. However, she has skated since the age of 5 and performed on a synchronized figure skating team from Minnesota that won the United States Figure Skating National Championships and went on to represent Team USA at the 2014 French Cup in Rouen, France.

"I was a singles skater until I joined the Team Braemer synchronized skating team my senior year of high school," Halvorson said. "It was a great experience to compete at nationals and internationally. That introduced me to a new sport within figure skating and now I'm excited to be on the other side of it now and help with coaching."

She is looking forward to the Lady Flames' team choreography camp, set for Aug. 26-27 at the LaHaye Ice Center, when Payne will introduce Liberty's program that it will compete with throughout the 2016-17 season.

"Tatiana showed me the music and I'm really excited about getting started in working on the choreography to it," Halvorson said. "It has a love theme and it will be fun to recreate that on the ice."

She hopes to smooth the transition for the incoming freshmen and newcomers to a team that will keep at least 16 members this fall.

"We want to use the choreography camp to introduce the foundational skills for girls new to the sport," Halvorson said. "We will introduce elements we'll be working on in our program throughout the season and look to build relationships to develop strong unity within the team."