Pritchett will add size and versatility to Flames' defense 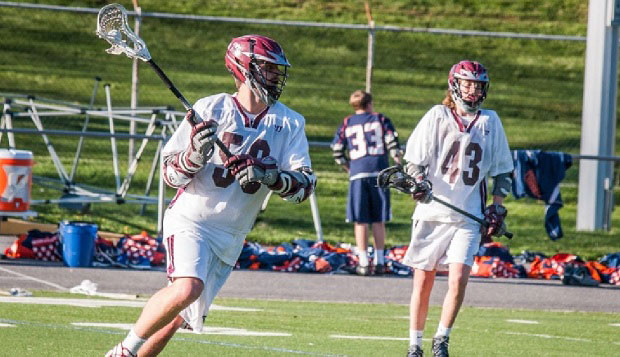 At 6-feet, 3-inches tall, 220 pounds, Reagan Pritchett is a formidable player on the lacrosse pitch, even without a long stick in his hands.

At last year's Liberty Men's Lacrosse Summer Camp and the past two fall College For A Weekend (CFAW) recruitment camps, Pritchett impressed McQuillan and his staff as a player who could make an immediate impact upon his arrival. He will participate in this summer's camp, from June 20-24, and could be a top candidate to replace long-pole defenseman Nate Whyte, a three-year starter who graduated last month.

"We've been interested in him for a long time and we're excited about finally getting him in here," McQuillan said. "When guys get size later in high school, it can be a tough transition, but he's been a big kid since he's been coming to our camps. He matured very quickly and we've been able to watch him develop with his size and athleticism."

Pritchett is versatile enough to play at other positions if long-pole defenseman doesn't suit him best at the collegiate level.

"I played midfield and attack and defense for my high school team this year," he said. "I have pretty good stick skills and can maneuver upfield pretty well with my pole. It's pretty important as a long-pole defender to be able to take the ball away and get it to the attackmen so you can go on attack or create offense yourself."

Growing up, Pitchett was a multi-sport athlete who played soccer, basketball, football, baseball, and lacrosse, which became his primary sport in high school.

He doesn't go out of his way to levy a check on an opposing player, but won't back down if the opportunity presents itself.

"I don't try to take guys out every time and I'm not going to throw myself out of position to get a big hit," said Pritchett, who plans to major in computer science at Liberty before pursuing graduate work in the School of Divinity and starting a career in cyber security or as a pastor. "If I can do it at a low risk, I can be pretty physical."

Besides his physical presence on the field, Pritchett demonstrates excellent leadership ability.

"I've been a captain the past two years for my high school team and I'm also an Eagle Scout, so I am hoping to bring that aspect to the team," he said, noting he is looking forward to helping to fill the void left by the Flames' eight seniors and Whyte. "It's a great opportunity. I know most of the incoming class and I'm excited to kind of start a new era for Liberty Lacrosse."