Racquetball players put skills to test at nationals at ASU 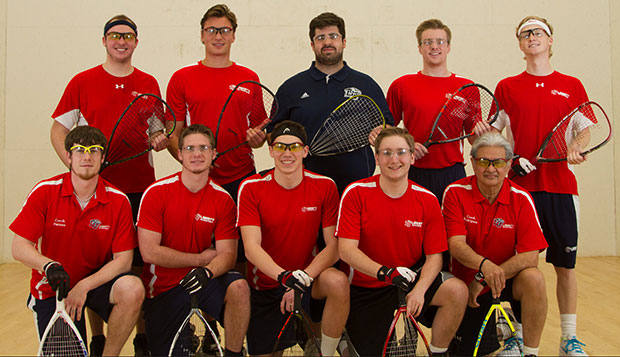 Six members of the Liberty University men's and women's racquetball teams are competing in the USA Racquetball Intercollegiate Championships, from Wednesday through Saturday at Arizona State University's Student Recreation Complex in Tempe, Ariz.

The Lady Flames are represented by sophomore Sadie Abramowicz at women's collegiate singles and in the A/B division of mixed doubles, playing with Jaramillo.

Liberty Head Coach Danny Rodriquez knows his team will be supremely tested by the tournament's competition, but will become better players by challenging the best college players in the country.

"A lot of the players are nationally ranked," Rodriguez said. "Some play the World Racquetball Tour, some play the International Racquetball Tour, and they're college student so they qualify to play in this tournament. We'll have to see what happens when we get our players up against those type of players."

He believes the Flames and Lady Flames can hold their serve and survive and advance through the various ladders of tournament play.

"I'm expecting a lot out of them," Rodriguez said. "They are playing really well right now, the ones we brought to this tournament have done well all year. All of them have improved and they have the skills to play against this type of competition."