After playing in Sweden, Smith thriving with HMI in Canada 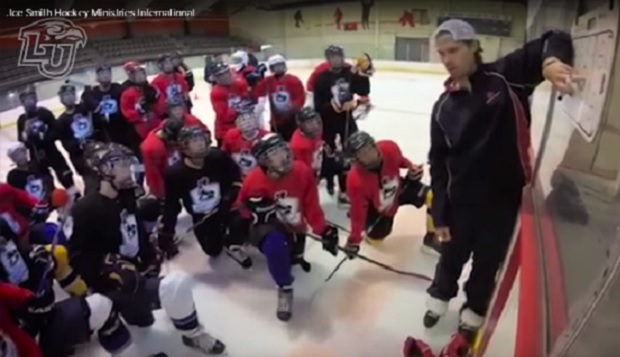 "The pressure to perform was big, put on mainly by myself because I knew the better I played, the more of a platform I would have to share with people in the community and with teammates," Smith said. "They were very open to talking about life and (spiritual) things, and I had great discussions. My goal was to immerse myself in the culture and to form those relationships. I would never want to be accused of trying to sell something. But I like to think that being that that relationship with Jesus Christ is the most important thing in my life, I couldn't help but have it come up naturally in conversation."

After his visa expired, Smith returned to Canada, where he is now actively involved in hockey camps as the HMI representative in Ottawa, Ontario.

"God said, ‘I've got this plan marked out for you,'" Smith said. "He revealed to me that I'm right where I'm supposed to be. We're in the 30s now with the number of (HMI) camps we do every summer, youth hockey camps from ages 9 to 17. We're involved in six countries, most of those in North America. This past summer I was in six camps, both in Canada and the United States and I did two camps in Sweden as well."

Liberty Flames Sports Network (LFSN) sports anchor Rett McGibbon had an opportunity to catch up with Smith in this feature aired earlier this month.