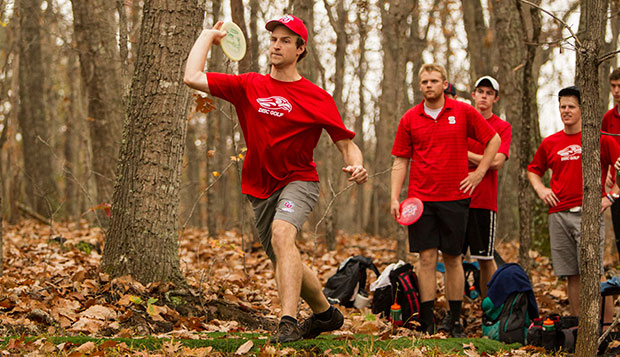 Liberty senior Justin Towns placed fourth individually to lead the Flames' A team to a second-place showing at the Clemson National Qualifier.

Augusta State (455 strokes) was the overall team champion, followed by the Flames' A team (470) and NC State (473), which had won the Flamethrower Invitational, Virginia's national qualifier hosted by Liberty, and its own North Carolina national qualifier. The Flames' B squad finished fifth with 499 strokes behind UNC Charlotte (477) and ahead of Appalachian State (sixth, 503).

Dustin Perry of Augusta State was the individual champion with a combined score of 101.

This Saturday, Liberty concludes competition in the area BRAWL Series at Timber Ridge in Bedford, Vab.