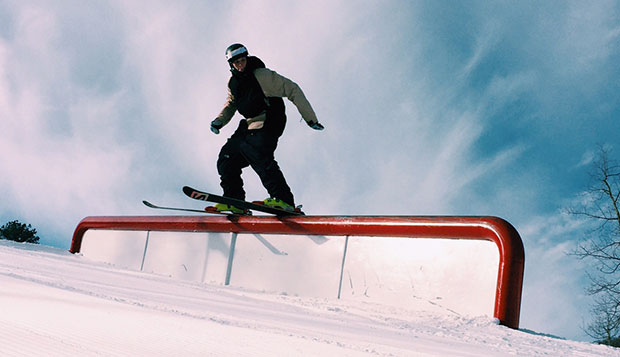 Liberty University Ski & Snowboard Head Coach Ryan Leeds learned this past weekend that the United States Collegiate Ski & Snowboard Association (USCSA) Southeast Regional competition will be held this Friday and Saturday at Seven Springs (Pa.) Mountain Resort, rather than later this month at the former Hidden Valley (N.J.) resort, where snow has been a scarce commodity this winter.

"It's going to be way better for our competitors," Leeds said. "We're going to see a lot bigger features, which will be beneficial, especially moving onto (USCSA) nationals a few weeks from now (March 6-12 on White Mountain at Lake Placid, N.Y.)."

The Flames and Lady Flames have traveled to Seven Springs for practices in previous seasons, so they are not unfamiliar with the resort.

"Having an event there is even better, because it's going to force them out of their comfort zones and to hit bigger jumps than they're used to and give them a better idea of what to expect at nationals," Leeds said.

Leeds, who won't be available to travel to nationals as his wife is expecting their first child, expects to send a complete team to Lake Placid.

"It'll depend," he said. "Right now, we're planning on taking everyone on the team, but it will come down to how they perform at regionals."