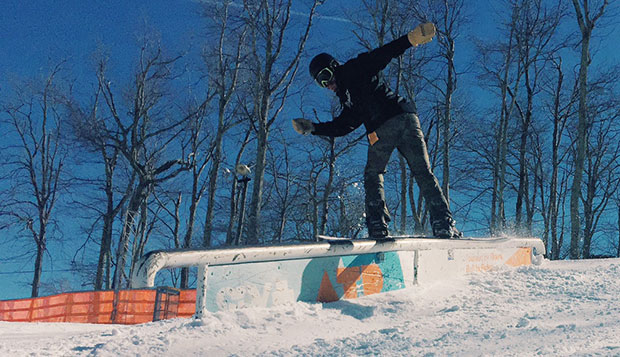 Strong showings by Liberty University's men's and women's ski & snowboard teams at this past weekend's event hosted by Massanutten Resort near Harrisonburg, Va., put the Flames and Lady Flames in excellent position to challenge for United States Collegiate Ski & Snowboard Association (USCSA) Southeast Region titles later this month in New Jersey. That will be the final tune-up for USCSA Nationals, set for March 6-12 at Lake Placid, N.Y.

At Massanutten, Liberty's men's snowboarders placed five riders in the top 10 of Saturday's season-opening Slopestyle event, led by junior team captain Brendan McHugh, who won with a best run of 8.0.

For the Lady Flames, senior Brandy Fronte placed second out of 21 contestants in Saturday's women's snowboarding Slopestyle event. She had consistent scores of 8.5 and 8.0 finish runner-up to Appalachian State's Sarah Szymczyk (7.5-9.5). Then on Sunday, Fronte tied for first with the University of Virginia's Nan Sowers for first place with a best run of 6.5 and combined score of 12.5.

Finally, Lady Flames junior Rebecca Lawrence finished third in Saturday's women's skiing Slopestyle event with runs of 4.5 and 5.5 for a 10.0 total, placing her behind three UNC contestants and ahead of two other Tar Heels and one skier from JMU. Lawrence won Sunday's second round with scores of 6.5 and 5.0 for an 11.5 total. 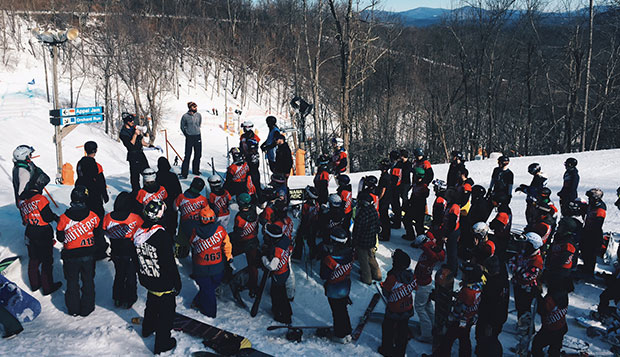