Western team leaps from fifth to third in region over weekend 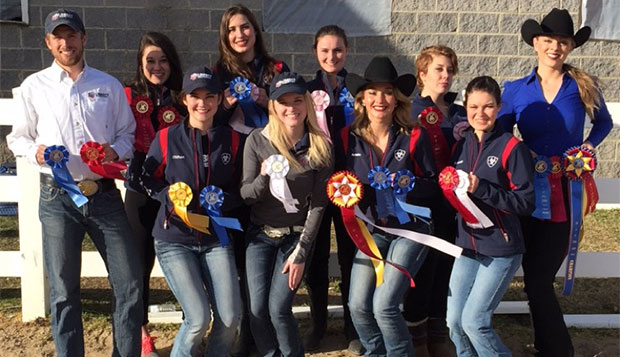 The men's and women's western squads of Liberty University's equestrian team traveled to Campbell (N.C.) University over the weekend and enjoyed their best performances to date, earning Reserve Champion Western Team honors for the first time.

Liberty's record showing moved it from fifth place to third in the standings, ahead of Martin Community College and Virginia Tech, with one regular-season show remaining, Feb. 7 at second-place St. Andrews.

"Open is the highest horsemanship level, and, until a few months ago, Liberty had never even had an open rider so this is Liberty's first-ever blue ribbon in the Open division," Arrigon said.

Next up for Liberty, the men's and women's hunt seat teams will be back in action Feb. 20-21 in a show hosted by Virginia Tech.