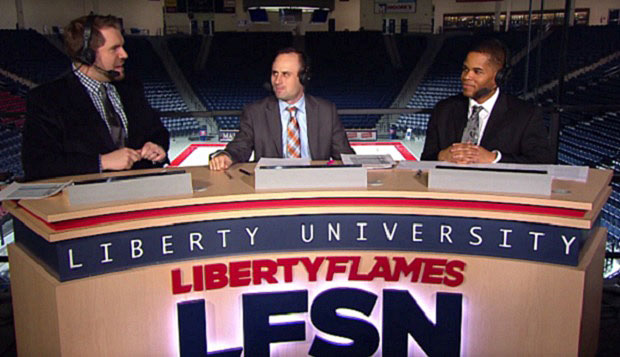 Georgia Tech, Florida State, South Carolina, and Georgia round out the top six in the rankings, with each of the top six maintaining their positions from the end of last season.

LFSN's show covered a wide range of topics, from preseason polls to expectations from coaches and analysts' projections for positional players of the year.

"At the end of the day, the SELC preseason show is an opportunity for us to get more exposure to the SELC and the MCLA, and to highlight some of the top players in our conference," Liberty Head Coach Kyle McQuillan said. "It is designed to drum up support and give more information about teams and the SELC as a whole. It's our way to get people excited about what we hope will be another outstanding season of SELC lacrosse."

"We've been around for 20 years, but I think the growth we've seen the last five to eight years has been dramatic, the number of teams that have come on board, the level of talent, the way it has risen, has been unbelievable," he told LFSN reporter Monika McKenzie. "It's something we didn't expect to see."

Liberty, which opens its season Feb. 20-21 in Atlanta against Boston College and host Georgia Tech, respectively, is seeking its first bid to the MCLA Division I National Championships in three seasons competing at the DI level after reaching the DII Final Four in 2013.

The Flames should be able to control their own fate, with games against six teams ranked in the MCLA's top 25 and showdowns with their top two SELC challengers — at Georgia Tech and at home against Virginia Tech in the April 15 regular-season final at the Liberty Lacrosse Fields.

"We've got them both on our schedule, right at the beginning and at the end of the season, so it's an opportunity to provide some bookmarks for us," McQuillan said. "Hopefully, we'll grow a lot as a team between the Georgia Tech and Virginia Tech games as we prepare for the SELC tournament."