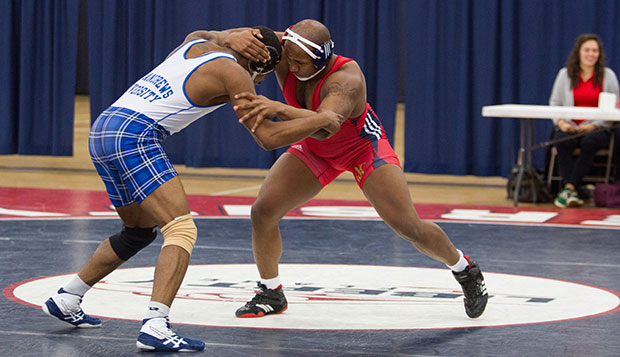 Liberty University's wrestling team heads into its Christmas break knowing it must continue to work out, and exercise discipline in its eating habits, to maintain its weights and levels of fitness for upcoming tournament competition.

In this edition of the Coaches Club, Gabe Henderson talks with Flames Head Coach Jesse Castro, who looks back at the fall season and ahead to the upcoming Citrus Invitational Wrestling Tournament, Dec. 29-30 in Fort Myers, Fla.

"It is a great event for us because there's such a long break from our final exams to our next major competition, which is Jan. 9 at the (36th annual) Virginia Duals (in Hampton, Va.)," Castro said. "So this tournament kind of keeps us fresh, keeps us competitive, and it breaks up a long Christmas break after a lot of eating. So it gives the guys an opportunity to get back on the mat and get back into it. They get baptized by fire there because it's an NCAA tournament with tough competition. We go to that tournament anticipating to be in a dogfight."