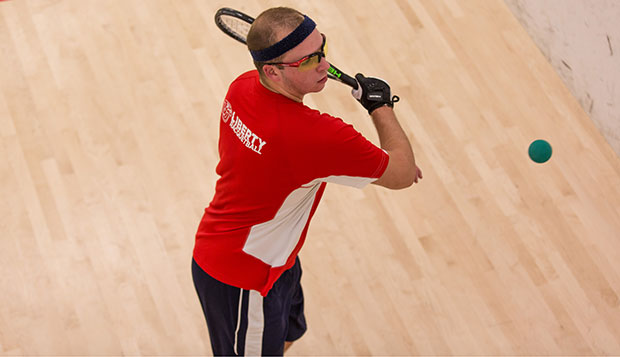 Liberty University's racquetball team turned in another strong showing against a larger field in the third of four Mid-Atlantic Collegiate Racquetball Conference (MACRC) tournaments, which drew 70 players from 16 schools in Virginia, North Carolina, West Virginia, Tennessee, Maryland, and Washington, D.C., to The Sports Racket over the weekend of Nov. 13-15.

The Flames will travel to the fourth and final MACRC tournament hosted by the University of North Carolina, Jan. 29-31 in Chapel Hill, N.C.