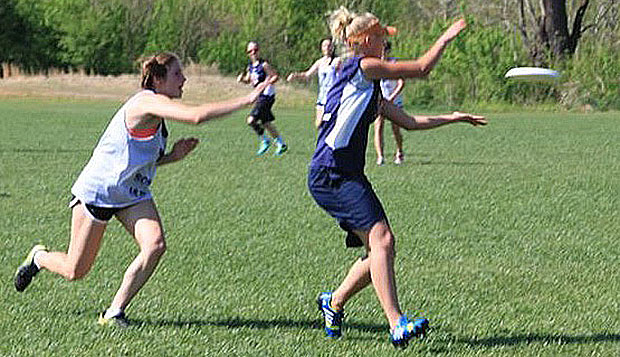 Liberty senior cutter Lindsey Matson totaled a team-high 14 points in her final tournament with the Lady Flames before graduating with a B.S. in Nursing this winter.

Liberty University's women's Ultimate team finished 6-1 and placed second at this past weekend's Throwasaurus tournament hosted by George Mason University, losing only to top-seeded, undefeated UNC Wilmington in the final.

In her last tournament with the team before graduating from the School of Nursing next month, senior cutter Lindsey Matson led the Lady Flames with 14 points over the two-day event, including scoring the first seven in Saturday's 13-2 opener against Virginia Tech.

"She also had four assists, so it was quite a tournament for her," Liberty Head Coach Jonathan Mast said.

Mast played mostly rookies in the Johns Hopkins match, which is a Division III school in Ultimate.

"They did exceptionally well," he said of freshmen Victoria Dissmore, Hope Lewis, and Taylor Thomas, a late addition to the team after tryouts, and junior Katie Ward. "They surprised me with how well they played. All four of them are cutters so we put the veterans who are cutters in handler positions. Each of them scored consistently and had at least one assist."

In Sunday's semifinals, Liberty broke open an early 3-3 tie against the host Patriots to pull away for a 13-5 win. That set up the final against UNCW, which received the top seed over the Lady Flames for the playoffs by virtue of a one-point better total scoring margin.

"UNCW played a great game against us," Mast said, noting Liberty trailed 8-2 after the first half of a 15-6 defeat. "They played a defense we had not seen. We turned the disc over uncharacteristically and they scored and kept scoring. We played better in the second half, when Victoria (Dissmore) scored a late point and (sophomore cutter) Katherine Clark skied a couple of defenders (for catches of deep passes). She was real good in the air."

Sophomore cutter Jennifer Vachon led the Lady Flames with 22 assists, followed closely by junior handler Jillianne Hook (20), while graduate handler Krista Johnson anchored the team on the defensive end, making some incredible interceptions, especially in the semifinal against GMU when she prevented a few scores.

"Our scores and interceptions were distributed fairly evenly in this tournament, which is a good thing because it means that each person is contributing more, instead of having to rely solely on one person," Mast said. "I was reminded this weekend how gifted we are athletically and the speed at which we're learning is very encouraging. We're stronger than we've ever been, but I'm more convinced than ever that we need to focus on fundamentals in the offseason and to strengthen our weaknesses." 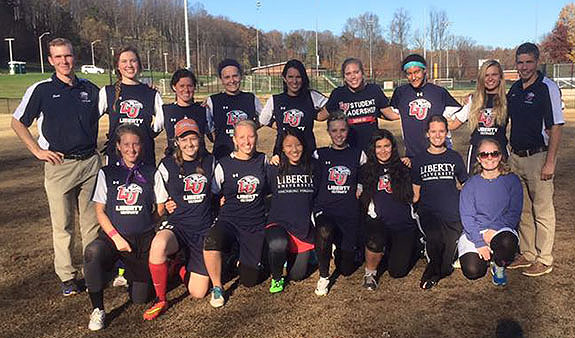