Flames reach Class AA final before being shut out by Purdue 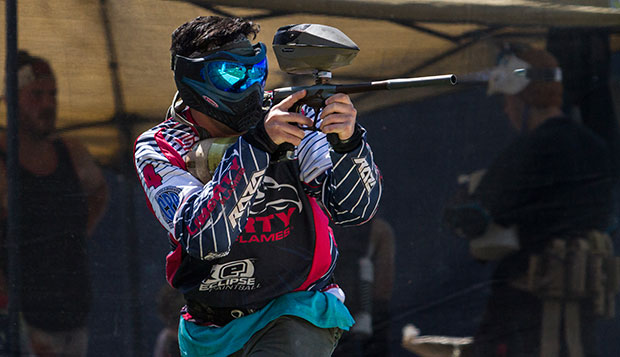 Liberty Red line senior snakeside player Brendan Liakos will travel with the Gold line for this weekend's MSCC Class A Event No. 1 in Canton, Ga.

The Flames' Gold line of Christian Campbell, Chris Smith, Brian Natzke, David Dickerson, Daniel Chiaverini, and Micah McLeod went undefeated through their preliminary matches — beating Alabama-Huntsville, Miami of Ohio, and Missouri Science & Technology without giving up a point in the Race to 2 format. They then shut out UNC Charlotte in the semifinal round of the playoffs before having the tables turned on them in a 2-0 loss to Purdue, the only other undefeated team, in the championship match.

"We had not faced Purdue in a long time," Davidson said. "We thought we had this win in the bank. They've got some new players and have gotten better this year. We weren't quite prepared enough and they gave us a good wake-up call for what we need to work on. They just played better."

After this past weekend's first competition, Liberty debuted at No. 15 in the NCPA Class AA rankings, a humbling spot for a team typically ranked near the top.

"Of course there's better teams out there, so this tournament was a good test to see what we need to work on and so now we know," Davidson said.

He was pleased with Liberty's performance throughout the tournament, up until the final.

"We rotated all six players and equally subbed out because everyone played phenomenally well," Davidson said. "I was super impressed with those guys. We had several star performances from guys like Chris Smith on the Dorito side, who played clutch to hold teams off in some down-body situations, winning his gunfights. Christian Campbell's communication from the back was what kept our team's unity and kept us all informed of what was ahead of us, where the opposing players were."

Liberty's Red line also played well, with veteran leadership from seniors Jon Lewers and Kayne Boyer, but the team struggled to a 1-3 finish and didn't make it out of preliminary competition.

"As a whole, we still have a lot to work on with that line, fundamentally," Davidson said. "We need to tweak a few things."

The Flames' Gold line, as well as Lewers, Boyer, and fellow senior Brendan Liakos from the Red line, will test their mettle again this weekend at the MSCC Class A Event No. 1 in Canton, Ga., where they will compete in a round-robin format against Kennesaw State, N.C. State, and East Carolina University.

That will be the last competition of the fall season before Liberty hosts a Class A event in early April and possibly a Class AA event as well.