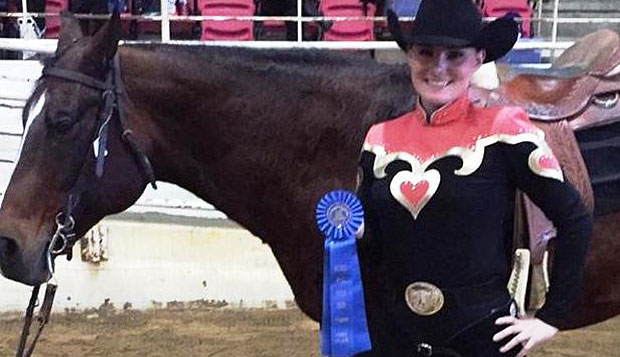 "We keep getting better," said Eagles, who formerly competed in western riding at Missouri State. "We made too many mistakes on Sunday, but we got their attention on Saturday."

The Lady Flames placed third overall, behind only St. Andrews and North Carolina State, in the two-day show that featured 10 colleges and universities from North Carolina and Virginia.

On Saturday, Liberty freshman Amber Dixon earned a blue ribbon and the Lady Flames got out to a great start by scoring 27 points, their highest one-day total in the program's two-year history.  Liberty got strong performances from its top riders in the open division, in the team's first season competing in that category.

Liberty's hunt seat team will conclude its fall schedule this Saturday at Virginia Tech, when junior team captain Liz Chenelle will be back in the lineup for her season debut after she was injured on a fall early in the semester. The team will also send a few of its riders to Randolph College on Sunday for the first of several local junior varsity shows on the schedule, designed to give experience to riders who don't have many chances to compete in the regular IHSA shows.