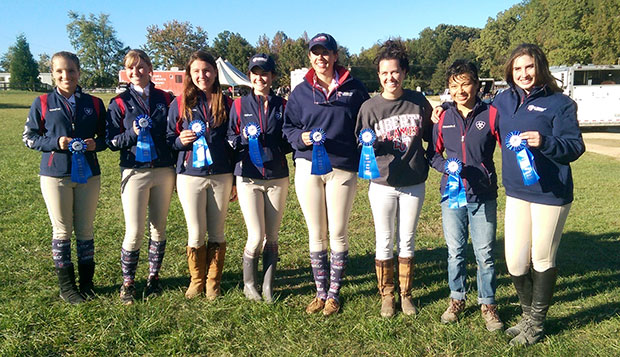 "It was the best we've done so far," said Jim Arrigon, head coach of the Hunt Seat team and executive director of the Liberty Equestrian Center. "We were still fifth place out of 10 overall, but we're getting better."

The Western team begins its season this Friday and Saturday at 9 a.m. at St. Andrews University in Laurinburg, N.C.