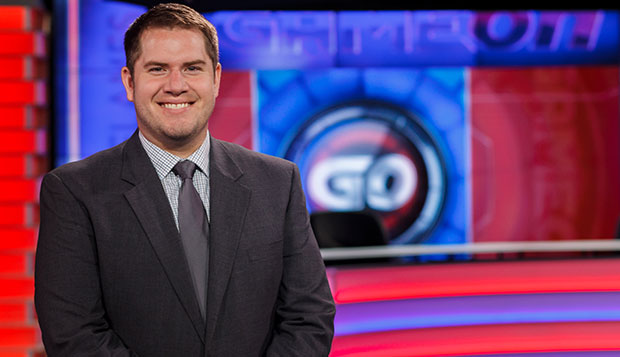 For the third year in a row, Liberty University has been selected to host the ACHA Division I men's hockey Preseason Show, which will be webcast live from the Liberty Flames Sports Network (LFSN) studio at River Ridge Mall on Wednesday from 5-6 p.m.

On Tuesday at 3:30 p.m., for the first time, LFSN will produce the ACHA Division I women's hockey Preseason Show, when the ACHA DI preseason coaches' poll will be revealed.

It is being promoted on the ACHA website as the primary broadcast to preview the 2015-16 season, which tips off for Liberty this Friday at 7 p.m. at the Potomac Patriots Junior "A" squad.

Monika McKenzie will interview the guests on set for the men's program, including Michael Walley, the first executive director of the ACHA, and previously recorded Skype interviews will be aired with various coaches and Adrian College forward Brad Kobryn, the league's reigning rookie of the year and player of the year.

In addition to analyzing the preseason top-25 coaches' rankings, the show will include an in-depth look at this season's top rookies and as well as the impact of the ACHA's five new teams — Alabama, Arkansas, Illinois State, Missouri State, and Temple. Fans tuning in will be able to ask questions through Twitter accounts which the panelists will discuss on the air.

McKenzie will serve as host for the half-hour women's show, which will have a panel led by Strawn and Cockburn. Semenyna will conduct the interviews, including a Skype conversation with Molly Mahoney, the newest commissioner of the ACHA women's division, and an on-set talk with Liberty Head Coach Paul Bloomfield and alternate captain Catherine Burrell of the defending ACHA DI national champion Lady Flames.