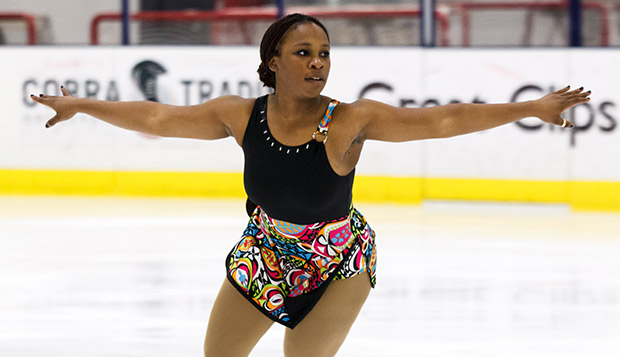 This week, the ice center was awarded the bid to stage the event — the second of three Eastern Sectionals in a four-month stretch of the season — for the sixth time in the past seven years. Liberty's program made its debut in the 2010-2011 season, five years after the arena opened in 2006.

"It's really exciting that we've gotten a bid so many years in a row to host the competition," said Jamie Swyers, associate director of fitness at the LaHaye Student Union who will be coaching the Lady Flames starting this fall after formerly skating on the team in its inaugural season. "The new facility will much more capable of holding events of this  nature and the collegiate teams coming in will really benefit from the improved amenities."

Liberty figure skating and synchronized skating Head Coach Tatiana Payne said the timing of the competition is perfect, soon after the final home games for the five men's and women's hockey teams, who travel to postseason tournaments in late February and early March.

"There is a lot of anticipation for the U.S. Figure Skating Association to see the expansion and growth of our rink as well as excitement from the 20-some visiting teams we have had come participate in our competition in past years," Payne said. "This is sure to be one of the largest and best competitions we will have put on yet."

The Eastern Section of the USFSA includes approximately 30 competing programs. Last year, Liberty placed ninth out of 27 teams in the final points standings following its seventh-place showing at the third Eastern Sectional event hosted by the University of Delaware.

This year, the other two USFSA Eastern Sectional competitions will take place in New York — the first at Cornell University in November and the third and at SUNY-Geneseo in March.

"We're definitely going to the competition at SUNY in March and are going to do our best to be prepared for the one in November as well," said Payne, whose focus this fall will be on preparing the synchronized skating team for its first competition in December.