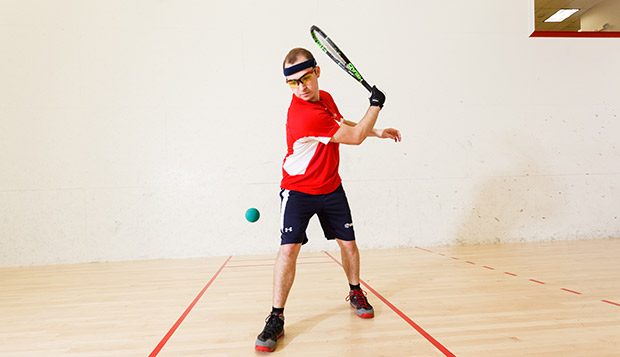 Flames senior David Schreck had a difficult draw for his Division 1 singles matches on Thursday afternoon, when he was knocked from the gold to the red bracket with a 15-3, 15-2 setback to Marco Rojas of the University of the Pacific (Calif.) and from the red to the white bracket with a 15-5, 15-4 loss to Josh Greenwell of Utah State.

Ecker lost his four matches in Division 3 singles — to Rensselaer Polytechnic Institute's Kevin Mitchell, 15-4, 15-4, in the gold bracket on Wednesday; California-Berkeley's Kyle Raftogianis, 15-7, 15-4, in the red bracket on Thursday; and Utah State's Travis Barrus, 15-10, 15-10, and Northern Arizona's Miguel Olivas in the white bracket on Friday and Saturday, respectively.