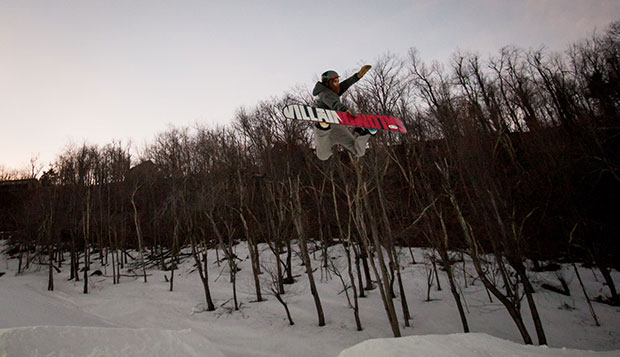 Liberty University ski and snowboard team member Austin Herrero, a senior, was recently featured by The Real Winning Edge, a nationally syndicated program that spotlights student-athletes who display character and rely on their faith in the midst of adversity.

In the segment, Herrero talks about how his faith, as well as support from fellow students and team members at Liberty, helped him deal with his father's battle with cancer, which took his life. He also showcases some of his skills on the slopes and talks about the advantages of training at Liberty Mountain Snowflex Centre. The segment also includes an interview with Head Coach Ryan Leeds.