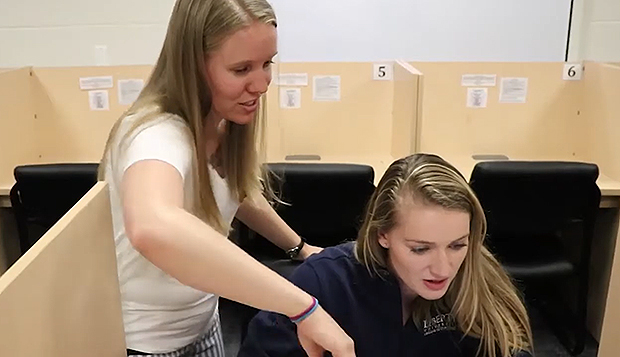 "It's incredible to see our teams performing so well and see them prioritizing their academics alongside their commitment to their respective teams," Club Sports Director of Academic Advancement Sarah Kelly said.

Kelly said COVID-19 restrictions threw a wrench in many of the teams' schedules, forcing student-athletes to be flexible as they balanced academic and athletic demands while maintaining spiritual disciplines and taking advantage of opportunities for social interaction.

"Our student-athletes definitely had a different dynamic to adapt to this semester, so we're proud of what they've been able to accomplish," she said. "We had many teams that dealt with changing schedules of home and away events so they didn't always know when they were traveling, but put in the hard work to stay on top of their work and communicate well with professors."

The Flames' DI men's hockey team, which advanced to the ACHA DI National Championships "Frozen Four" for the first time since 2008, had a record-high 14 of its 24 student-athletes make the ACHA DI Academic All-American list as it posted a cumulative GPA of 3.41.