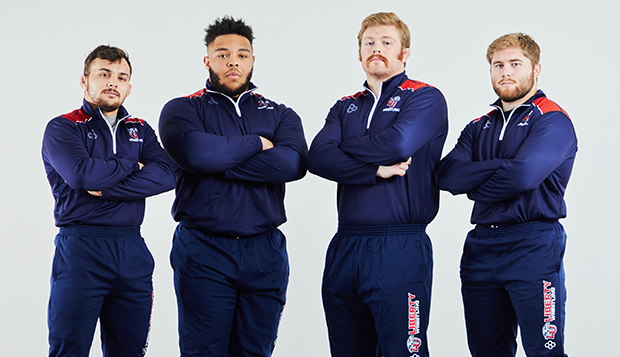 The Flames will enter 24 wrestlers in the 10 weight classes — including four 197-pounders and three heavyweights — with the tournament capped at the first 150 registered athletes.

"We have high expectations as a team," Head Coach Jesse Castro said, noting Averett and Ferrum will likely be Liberty's toughest competitors. "It will probably be the three of us battling it out, tournament-style."

The three-time defending NCWA National Duals and NCWA Grand National championship Flames will take to the mats in a competitive tournament for the first time since dominating the field at the Grand Nationals in Allen, Texas, on March 12-14, 2020, even as most other prep to professional events were canceled by COVID-19.

"As their first competition, this is a motivational opportunity for these guys who have been training since September," Castro said. "They have been biting at the bit and it is a great opportunity to throw them a carrot, so to speak."

There will be no team scores kept, but medals awarded to the top four finishers in each weight class.

Castro and assistant coaches Chris Williamson and Josh McIlhenny have been pleased with the overall level of conditioning the Flames maintained over the month-long Christmas break.

"I was pleasantly surprised considering the COVID situation," Castro said. "For the most part, they did the best they could to find workout opportunities wherever they were. I was expecting worse."

The team's 31 student-athletes returned to campus on Jan. 4 to complete their mandatory 10-day quarantine before competition, and they will be tested Thursday night.

Liberty installed an expensive new air filtration system in the Club Sports Training Complex, which opened in August, before beginning practices there in September. It has helped prevent COVID outbreaks among the Flames' wrestlers in the fall semester and preseason, with only one in quarantine for this weekend.

"From 184 pounds to heavyweight, we are going to be pretty solid, and once we get (174-pound sophomore) Ethan Martin back, we will be solid there too," Castro said, noting that is the only weight class Liberty does not have a wrestler entered. "We are really solid and have a really good balance at all three weight classes (184, 197, and heavyweight)."

Besides sophomore Charlie Hudson at 149 pounds and Cantrell, Castro is expecting big things from the Flames' lightweights this season, with Liberty entering two wrestlers in the 125, 133, and 141 pounds, including three freshmen.

"All of these freshmen are just loaded with potential," Castro said. "They've been very competitive with each other. (125-pound Drexel transfer) Dante Mininno is a little more experienced and seasoned as an NCAA Division I transfer, but (freshman) Jalen Fyffe, who is out now because of an injury, has a high ceiling, too."

Though they won't have any NCWA competition this spring, the Flames will return to action for six matches over the next three weekends, starting Jan. 22 at former NCWA power Emmanuel College (Ga.) and Jan. 24 at Life University in Marietta, Ga., an NAIA team ranked No. 2 in the nation.

Liberty will then travel to a tri-match with Mt. Olive and host St. Andrews in Laurinburg, N.C., on Feb. 5 before going to Averett to meet the Cougars and fellow NCAA DIII Bluefield College on Feb. 10.