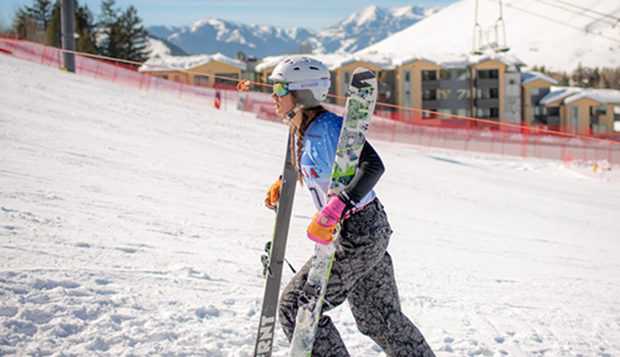 The Lady Flames were led by senior Kylie Kehrman, who placed ninth individually out of 23 contestants with a score of 8.0. She was followed closely by freshmen teammates Hannah Loftus (11th with 7.0) and Taylor Keeran (15th with 5.25). Liberty totaled 35 points to finish third behind Colorado Boulder (34) and Sierra Nevada (10), the team champion in the 10-school competition.

"I was really proud of Cole and Isaac being able to make it into the finals," Liberty Head Coach Isaac Gibson said. A meniscus injury prevented Loomis from competing in the freestyle events at last year's nationals.

On a slalom course that featured banked turns and a few jumps, Liberty's men's snowboarders finished fourth out of 18 schools in Tuesday's Boardercross racing events with 59 points, just one point behind third-place Virginia (58). Westminster (7) was the team champion by a landslide over runner-up JMU (51).

Four out of the Flames' five snowboarders advanced out of the qualifying time trials into the first heats, where all four finished third out of four contestants to miss advancing to the next round by one place.

Liberty's women placed 17th as a team and its men finished 18th in the Skiercross events.

On Thursday, the Flames' and Lady Flames' ski teams are competing in men's and women's Slopestyle. The men's snowboarding Slopestyle event will take place on Friday. 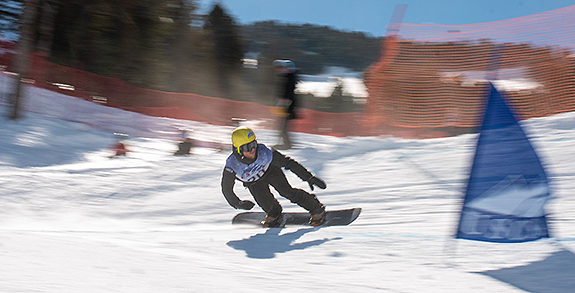