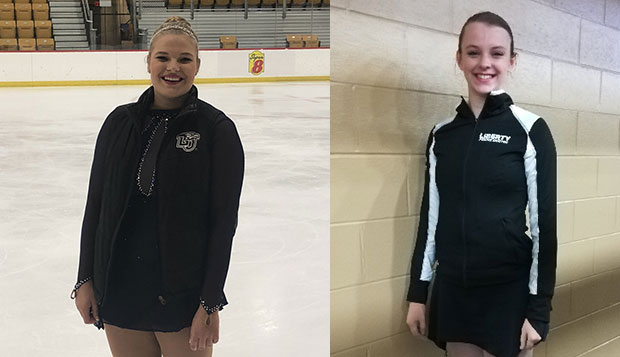 "Angela did not skate her best but is looking forward to cleaning up some mistakes and to be ready for our first competition in Monsey, N.Y., on Nov. 3-4," Lady Flames Head Coach Dawn Harter said. "Her long and short programs are both new for this upcoming season."

"Angela had some of the highest interpretation and compositions component marks in her group," added Liberty figure skating Associate Coach Tatiana Payne, who attended the competition. "Her ability to perform is definitely something that makes her stand out as a competitor and it is one of the reasons she sees such success in the intercollegiate circuit. Her new programs for this season truly feature these strength especially since she has choreographed them herself."

Bosher, who was named the team's MVP and Rookie of the Year as a freshman, successfully tested for her Junior Moves in the Field status over the summer.

Harter said Henry enjoyed the experience and the camaraderie at nationals as well as seeing how her programs would fare against the collegiate crowd, especially now that she has added a double axel to her routine to complement a double lutz.

"Chelsea has shown a marked improvement and has been making strides to grow as an all-around athlete and skater," Payne said. "She achieved her goals in her short program by standing up on her double axel and completing all other planned elements. I am excited to see what she is able to achieve this season with her long program ... (that) suits her skating style very well."

Bosher and Haley Gram, who skates for both the figure skating and synchronized skating teams, will serve as co-captains for the Lady Flames for this upcoming season with Gram serving as spiritual emphasis leader.

"We have a lot of skaters wanting to cross over and compete on both teams," Harter said. "As long as they meet the requirements, they should be able to do both."

"Kaitlin is recovering from a knee injury, so we are hoping she will be able to compete in November," said Harter, who knows of 21 figure skaters interested in trying out for the team this fall. 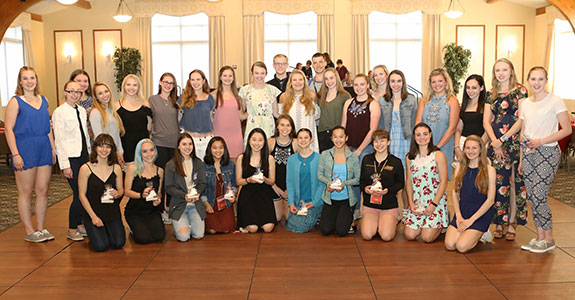