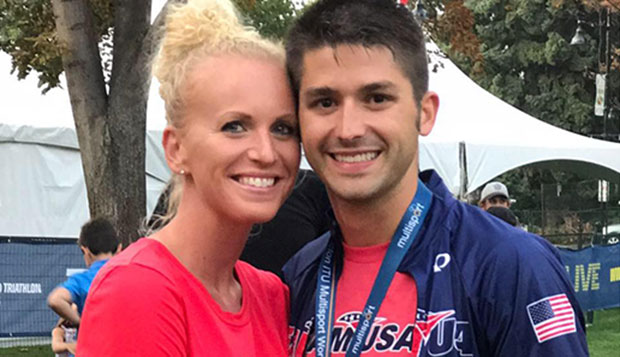 Parker Spencer and his wife Kristina will move to Tempe, Ariz.

After coaching rising junior Thomas Sonnery-Cottet from France in Saturday's Holten European Cup in The Netherlands, Spencer will fly to Tempe, Ariz., on Monday. He will travel to the Olympic Training Center in Colorado Springs, Colo., for a collegiate recruiting camp from July 13-22 before starting in his new position in August.

"My coaching career has been an incredible journey so far and I could not be more thankful for the opportunities I have had in my life doing what I love," Spencer said. "I'm excited to join a group of the most talented and knowledgeable high-performance staff in the world and honored to take on the head coaching role for Project Podium."

The program is new to ASU though USA Triathlon also has two training camps in Southern California. Spencer's job will be to recruit and develop a team of 12-16 young American male triathletes (at least half under the age of 25) to compete for medals internationally, ultimately at the 2028 Olympic Games in Los Angeles. He will serve under Cliff English, ASU's NCAA Division I women's triathlon head coach who is the program's director.

Spencer, who graduated from Liberty with a degree in exercise science in 2012, started coaching its men's and women's triathlon teams in 2014 before taking the reins of the men's and women's cycling teams when those became Club Sports programs in 2015 and the men's swimming & diving team when it was added in 2017.

He guided the Flames' men's triathlon team, which features a number of international Olympic prospects, to a fifth-place finish at the USA Triathlon Collegiate National Championships in Alabama on April 28. Earlier that month, he led the first-year men's swimming & diving team to a 13th-place national showing in Atlanta.

"I really loved what I was able to do at Liberty with its Club Sports endurance sports programs and I know that they will continue to thrive," Spencer said. "Liberty is training its graduates to work at the top of their respective fields and everything Liberty provided set me up and qualified me for this new position. There is not one doubt in my mind this is what I was supposed to do. God couldn't have written a better job description and I am excited to turn the page and go onto the next chapter."

In March, Spencer served as an assistant coach for USA Triathlon in Australia and New Zealand. He also participated in an Elite Coach Development Program at the U.S. Olympic Training Center last July.

In his new role, Spencer will travel internationally even more frequently than he has as a coach at Liberty but will no longer compete after representing Team USA in a total of nine triathlon or duathlon world championships over the past six years.