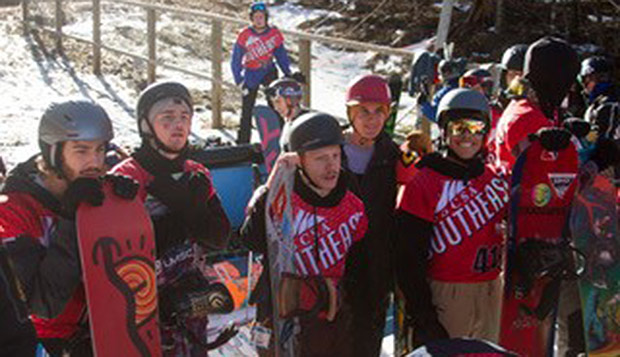 "For a lot of the guys, it was their first time competing in USCSA and I wasn't really sure how they would perform," Flames first-year Head Coach Isaac Gibson said. "All of our riders landed at least one run, and most of them landed their first run which allowed them to go all out on their second run because they had their first run as a back-up."

Before then, Gibson is hoping to take his travel team to Loon Mountain (N.H.), which has received significantly more snowfall than any resort in Virginia or North Carolina.

"We should be able to get on some pretty big jumps that will prepare us for (the Feb. 25 Mid-Atlantic) Regional (at Wintergreen Resort) and (March 4-10 USCSA) National competitions (at Lake Placid, N.Y.)," Gibson said.