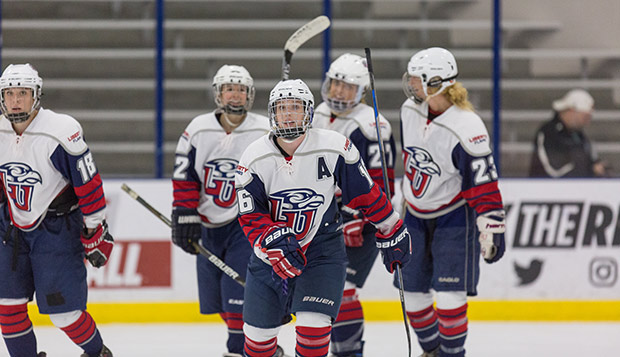 The Lady Flames (6-2) netted seven goals in the first period before adding five in the second and three in the third in Saturday night's 15-1 opening rout of West Chester before completing the sweep with an 11-2 triumph.

In Sunday's rematch, Liberty held a 41-17 shot advantage and scored eight second-period goals to break a 1-0 game wide open before both the Lady Flames and Golden Rams tallied twice in the final 20 minutes. Gerber made 15 saves in her second win over the weekend.

Liberty, rated sixth out of 10 teams in the first ACHA Division I rankings, is off until Jan. 26-28, when it travels to play one game at third-ranked Navy and two at West Chester (Pa.).