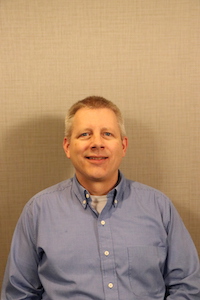 Bringing his competition and coaching experience in several shooting sports disciplines, Kevin Gray joins the LU Shooting Team as an Assistant Rifle Coach. When he was a junior shooter, he competed as a member of Trinity High School Rifle team and Frazier-Simplex Junior Rifle Team in southwestern Pennsylvania. He was a varsity team member of a WPIAL championship team, and a first runner up WPIAL team. As a youth and adult competitor, he has competed in precision smallbore rifle, national match rifle, and national match pistol. He has several decades of military experience and qualified no less than expert in every rifle and pistol qualification ever completed with 4 different models of rifles and pistols. As an adult competitor he was team captain and firing member of both the MACG-28 rifle team and the pistol team at the USMC Eastern Division Matches.

Coach Kevin has supported the 4H Shooting Sports Program for more than 15 years. He is a 4H certified coach in rifle, pistol, and shotgun. He is also an NRA certified Range Safety Officer and Smallbore Rifle Coach. Prior to joining the Liberty University coaching staff he has trained and coached youth and young adult teams that have earned a variety of awards at regional, state, and national levels in disciplines as varied as 4 position BB gun, 3 position smallbore rifle (precision and light rifle), 3 position air rifle (precision and sporter), progressive position air pistol, sport pistol, and smallbore rifle silhouette (light rifle).

Kevin Gray works in the nuclear industry at BWXT as an Engineering Manager and he completed BS and MS Engineering Degrees from Pennsylvania State University and the University of Virginia. He is married to Marlene Gray for 32 years and they are parents of 6 children.