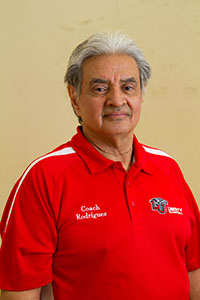 I was employed by the Federal Government, Department of the Army, from January 27, 1974 till my retirement in June 2005. My primary experience was in Information Technology working on various Operating Systems and the assembly and installation of hardware and networking systems. I instructed military personnel with on the job experience and wide-ranging education in information technology, particularly in DOD Operating Systems. I participated in extensive public speaking engagements in both technical and general management topics. Primary support was on Army tactical equipment used by soldiers in the field of operations, around the world. Supported tactical hardware and operating systems remotely or onsite as required.

As a retired individual I have been able to provide volunteer work at the Central Virginia YMCA in Lynchburg, VA. My work has been centered on enhancing the racquetball program. Such activities include setting up the racquetball challenge courts six days a week, organizing the YMCA traveling team which went undefeated in 2010 and 2011, coordinating the racquetball mini-camp taught by the Racquetball Legend Rueben Gonzalez, setting up the YMCA challenge ladder for women and men in singles, doubles and mixed doubles, and being the Tournament Director for the “2nd Annual, 3rd Annual, and 4th Annual YMCA James River Open”.