Join us this summer and learn how to defend your faith!

Contact Dr. Martin to schedule a meeting with a faculty member:

Join us this summer and learn how to defend your faith!

Contact Dr. Martin to schedule a meeting with a faculty member: 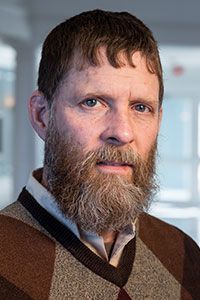 Dr. Michael Jones’s most intense areas of philosophical interest are comparative philosophy and philosophy of religion. He also works in the areas of ethics and philosophical theology. Dr. Jones tries to challenge his students to think for themselves and to take their beliefs seriously, examine them, defend them if they find that they are worthy of defense, and change them if they find that they aren’t.

Dr. Jones began his professional teaching career teaching theology and philosophy in Romania, where he has traveled on short-term mission trips, participated in philosophy conferences, and lived for several years while teaching at Babes-Bolyai University and the University of Bucharest. His doctoral dissertation on the late Romanian philosopher Lucian Blaga formed the basis of a book published by Fairleigh-Dickenson University Press titled The Metaphysics of Religion: Lucian Blaga and Contemporary Philosophy (2006). He has co-edited several books, published many articles and book reviews, and spoken at numerous conferences. He is also a two-time Fulbright recipient and an executive editor for the online Journal for the Study of Religions and Ideologies. He is very active with student organizations at Liberty, and serves as the faculty advisor to the LU Fencing Club and the Liberty Jiu-jitsu Club.