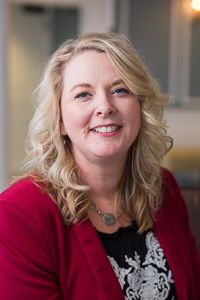 Dr. Blankenship began her Spanish studies at Marshall University. During her time at Marshall University, she studied abroad in Madrid, Spain. Upon completion of both her B.A. and M.A., she moved to Lynchburg, VA to begin her teaching career. Before coming to Liberty in 2006, Dr. Blankenship taught Spanish at various levels from middle school to college. Since beginning at Liberty, she has taught both lower and upper division Spanish courses and now serves as an Associate Professor of Spanish.

Additionally, Dr. Blankenship holds a Graduate Certificate in Teaching English as a Second Language from Regent University. She serves as a Subject Matter expert for multiple TESL courses for Liberty University Online as well as the Graduate Program Director for the Master of Arts in Teaching English as a Second Language degree. Currently, Dr. Blankenship teaches both TESL and Spanish courses residentially for Liberty.

In 2015, Dr. Blankenship was named the inaugural Department Chair for the then newly created Department of Modern Languages. During her time as Chair, multiple new language courses and programs were implemented. The department also produced Liberty University’s first ever student Fulbright recipient. Additionally, a Master of Arts degree in TESL was launched in which Dr. Blankenship still serves as the program director.