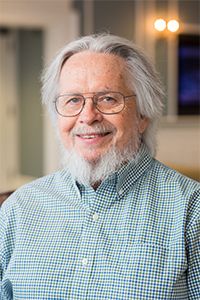 After receiving his Bachelor of Arts degree from Washington & Lee University, Reed became a high-school teacher of German in Buena Vista, VA. Twice during his tenure there, he uprooted his family and moved to Germany in order to be a Fulbright Exchange teacher at the secondary school level. Reed accepted an offer to assume a teaching position in Alexandria, VA. While working there, first as a teacher and then as an administrator, he received his Masters and Ph.D. in German at Georgetown University.   Prior to retiring as Director of Instructional Technology for the Alexandria City Public Schools, Reed returned to the classroom, teaching as an adjunct professor for George Mason University and University of Mary Washington. Dr. Reed is currently an associate professor of German at Liberty University as well as the program director for the German Minor.