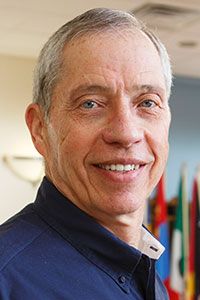 Professor of Physics and Physical Science

Dr. David Dinsmore serves as a full-time undergraduate physics professor at Liberty University. He began his career as a 2nd Lieutenant in the US Army, and during his Army career, he taught physics at West Point for nine years. After retirement from the Army, he taught physics in the New York public schools for five years.  He then transitioned to the Department of Mathematics serving as a math and physics instructor.  Today, Dr. Dinsmore enjoys teaching introductory physics, working with physics students seeking careers in the medical and health fields, and supervising the physics laboratory program.