Our program uses Turabian for all written projects. Find guidelines on the Academic Success Center’s website:

Our program uses Turabian for all written projects. Find guidelines on the Academic Success Center’s website: 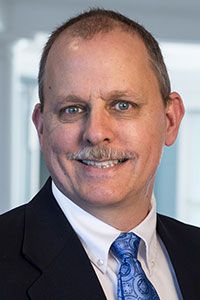 Dr. Snead is a full professor and has been a member of the Department of History since 2004. He served as the department chair from 2006-2013. He specializes in 20th-century American diplomatic and military history.

He has authored or edited the following books: The Gaither Committee, Eisenhower, and the Cold War (1999), An American Soldier in World War I (2006), In Hostile Skies: An American B-24 Pilot in World War II (2006), John F. Kennedy: The New Frontier President (2010), The Road from Cavite: A Naval Ensign’s Memoir of His Time in the Philippines, October 1941 to May 1942 (2016), and Flying with the Fifteenth (2018). He has several other projects in the works, including writings histories of Dwight Eisenhower’s career from 1945 to 1953 and the Seabees in World War II. He has recently written or is writing articles on the Seabees and Operation Overlord, Fixing the East Room for Kennedy’s Funeral, and Central Virginians in the Holocaust.

Dr. Snead co-led a study abroad to London/Normandy/Paris in 2014, which included being on Omaha Beach on the 70th anniversary of D-Day and a trip to Israel in 2016.

Away from work, his life revolves around his family. He has been happily married to Lori Snead since 1991 and has been blessed with beautiful twin daughters, Reagan Lindsey and Delaney Nicole, born in May 1999, and a son, Darel Connor, born in December 2002. They are truly his pride and joy, and he stays busy helping with their very active schedules.