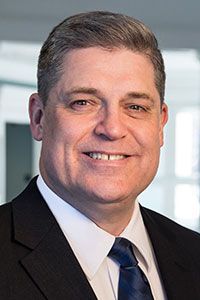 Dr. Christopher J. Smith joined the staff of Liberty University in January 2012. He has taught at the college level since 2002. Dr. Smith challenges students to place historical personages and events within the broad context of history, so as to obtain a deeper understanding of how the current era developed out of the past.

He co-authored (with Dr. James Kirby Martin) the article on the American Revolution in The Oxford Atlas of American Military History (2003), and published “The Fountain of All Our Disturbance and Trouble: The Forbes Campaign of 1758,” in The Routledge Handbook of American Military and Diplomatic History: The Colonial Period to 1877 (2014). He is currently developing his doctoral dissertation, “American Rebels: Soldier Protest in the Early American Military, 1756-1763” for publication. He is also active in the East Texas Historical Association, having presented papers on the history of his alma mater, Texas A&M University.

Dr. Smith and his wife, Margaret, have been married since 2006 and are members of Rivermont Evangelical Presbyterian Church in Lynchburg, where he teaches adult Bible study.