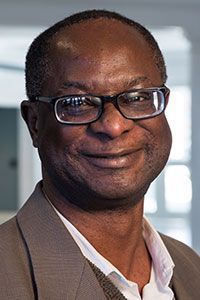 Dr. Yaw Adu-Gyamfi joined Liberty in 1999 after teaching for 6 years at the University of Saskatchewan, Canada. He is currently a Professor of English, overseeing online English courses as well as the development of new online English courses and programs. He was instrumental in moving the English Distance Learning Program from a correspondence program to a fully online program. As well, he has spearheaded the addition of several new online English courses and programs, including an Education M. Ed. with a concentration in English.  He is active in scholarly research, publications, and professional development, and has recently co-authored a mini-anthology for Pearson Publishing, titled Literature and Spirituality.