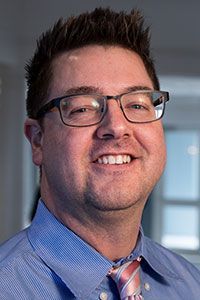 Stephen Bell served as an officer in the Army for four years after college and taught literature at Azusa Pacific University for five years before coming to Liberty, where he splits his time between the College of General Studies and the Department of English.

His research and teaching interests include World Literature, Theory (particularly Postcolonial and Postmodern), Film Studies, and Classics of the Western canon.  His dissertation, “‘The Past is a Country from which we have all Emigrated’: Salman Rushdie’s Postcolonial and Postmodern Embrace of Memory,” a study of the ways that memory and identity intersect in the works of the contemporary novelist, won the 2014 Outstanding Graduate Student Research Award at Indiana University of Pennsylvania.  His forthcoming book, Global Migrancy and Diasporic Memory in the work of Salman Rushdie, will be published by Lexington Books in August 2020